In April, NASA announced Blue Origin, Dynetics and SpaceX to develop the human landers that promise to land astronauts on the moon in 2024. The Artemis program aims to build a transportation chain for sustainable human exploration of the moon. Artemis will land the first woman and the next man on the moon. Administrator of NASA, Jim Bridenstine, said “In the 1960s, young ladies didn’t have the opportunity to see themselves in that role. Today they do, and I think this is a very exciting opportunity.”

Women in space is not an unfamiliar event, however it is rare. Even before space exploration programs began in 1957, women were key members working behind the scenes, with no public recognition of their work or promotion to higher positions. After the space program began, women served as human computers to solve complex mathematical calculations. Notably in NASA, many African-American women played a vital role in the foundations of any project. One may refer to the movie, Hidden Figures, that portrayed the story of Katherine Johnson and her partners and their role in putting the first man in orbit.

Again, in the 1960s, NASA was rigorously training 13 women for Project Mercury. But Congress discontinued that saying that it was more appropriate to stick to a men’s-only program since women were not officially part of NASA and would never be given the opportunity to fly in space.

The first woman in space was Valentina Tereshkova representing the Soviet Union. In 1999, Eileen Collins became the first woman to command a space mission. After 1983, nearly 50 women have flown on NASA space missions till 2018. NASA has been scrutinized in the past for evident inequality and their inability to eliminate glass ceilings for women, specifically. One incident was in 2019, when Anne McClain and Christina Koch were to conduct an all-female spacewalk. But this was cancelled as NASA swapped McClain’s spacesuit for a man. Women can work with men’s spacesuit but only in smaller sizes. After multiple budget cuts, NASA left spacesuit sizes to men’s medium and large. They do have a universal spacesuit but it is only designed for men as only they were allowed to conduct space missions. This was meant to be an answer to accusations reporting NASA’s gender inequality issues.

However, despite its failure, it is evidence of gradual change and the maturity of the program with women in it.

Fast forward to December 2020, in light of COVID-19, racial discrimination and the poor economic situation, Jeff Bezos and his Blue Origin makes promising news. Last friday, he took to social media to give an update on the project and the BE-7 engine testing. He said, “This is the engine that will take the first woman to the surface of the moon.” In early 2024 the first woman will walk the moon, supported with advancements in technology, a strong and capable team and the world. If all goes well, this will be a strong point in the history of mankind and space exploration. Who said the sky’s the limit? 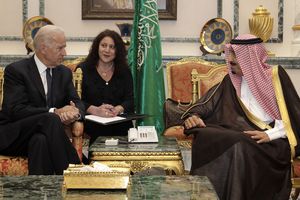 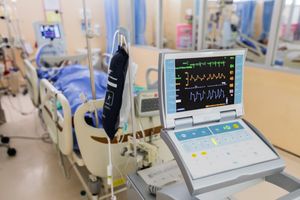