On February 24, 2022, Russian troops invaded Ukraine and its people. Russian President Vladmir Putin launched this attack after the UN Security Council called him to refrain from war. He also launched this hours after Ukrainian President Volodymyr Zelenskyy made a bid of peace towards Russians and their President.

Forty four million people have become subject to unsafe conditions, exposure to arms, unstable finances and a loss of livelihood. A woman, Marta Shokalo, wrote of her fear and uncertainty during the initial days. She spoke of the feat her ten year old son held. She said, “I dressed my 10-year-old son. We had some breakfast, sitting as far from the windows as we could, but he was so scared he vomited.” This is the story that many men, women and young ones face.

According to ABC news, many children are to stay in bomb shelters, basements, metro stations and any other underground facilities. Those who are able to escape are fleeing to nearby countries.

Citizens are exposed to various hazards during a war. There are many physical risks for people such as smoke infected lungs, food insecurity and critical injuries caused by weapons. In addition to this, psychologists and professors express their concern over the mental health that people will face for a long period of time. Those exposed to such conditions have a high risk of a long list of mental health problems such as PTSD, depression, anxiety and more. Even if some do not exhibit symptoms of mental health conditions, they may react differently in situations. They may be far more agitated, stressed, unsettled or difficult to console. Many experts worry about children that do not exhibit symptoms because they may be withdrawing their mental state and will most likely suffer the consequences later in their lives.

Despite these challenges, citizens of Ukraine have joined as a community to face the war in any way they can. After the invasion began, civilians volunteered themselves to provide defense equipment, funds, medical support and more to their soldiers. In several cities, civilians were waiting for hours to donate their blood for soldiers. Marketing manager, Maksym Khodushko, stated, “There were so many people willing to give blood today that they are waiting their turn outside the hospital.” This is a mere example of the many testimonies of collective support from people.

Railway stations in the east of Ukraine vow to do their best in moving people out of vulnerable conditions. Railway workers still come to work to do their part and 80% of trains work under emergency mode. Trains change routes and slow down depending on the presence of bomb shelters or emergencies. Regardless, they focus their attention on moving as many people as they can to western and central Ukraine.

So why is this happening?

Ukraine is a land of geographical and political importance to Russia and the West. They have resources and routes in the Black Sea that make it valuable. Russia has immense interest in the land also because of Ukraine’s historical connections with the country.

Can Ukraine rely on their European and NATO allies?
Not exactly. Europe and the United States have provided financial and military support for many years. Their military support came in the form of arms provisions, monetary aid or other simple gestures. The country is not officially a part of the NATO alliance to be able to receive direct and public military support.

Today, Ukraine continues in their desperate fight towards peace. Their troops continue to work tirelessly against their opposition despite the increasing chances of resource scarcity and danger. Civilians continue to support their troops in any way they can. This war may act as a precedent for a long period of recovery or a possible global conflict, greater than it already is. 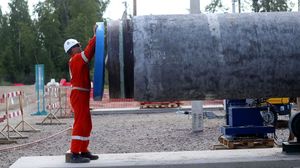 Background of the Russia-Ukraine War

Consequences of Being an Anti-War Russian