“The point I made is that during a pandemic, periods don't stop, poverty is increasing, this is needed more than ever.”

Last Tuesday, Scotland became the first country in the world to pass a bill that ensures all local authorities will give period products to anyone who needs them free of charge. The bill was unanimously approved by the Scottish Members of Parliament and is already in effect, much to the thrill of the female Scottish population. The bill also mentions Scottish schools having pads and tampons readily available in washrooms, with other public institutions to follow suit.

The bill was first introduced by Monica Lennon, a politician who has served as a member of the Scottish Parliament since 2016 and has been an active spokesperson for women’s health. She’s extremely pleased at the outcome even though it was a struggle to accomplish but articulates it couldn’t have passed at a better time: "But the point I made is that during a pandemic, periods don't stop. Poverty is increasing. This is needed more than ever," she explained.

The COVID-19 pandemic has hit many communities hard financially, and something as trivial as a tampon shouldn’t be the main issue on a young women’s mind. The bill passing therefore not only helped with ‘period poverty’ but also aided ending the stigma so many women face with menstruating. With the products now easily obtainable, women won’t have to feel embarrassed with bringing up the issue, and instead go about it naturally as it should be approached.

Because these hygiene products are directly correlated to women’s healthcare, it’s thought that the products would be on hand, yet it was reported that 1 in 4 Scottish women struggled to buy or access sanitary products. That was of course; until Scotland began providing napkins and tampons for girls in educational establishments and now, they’re free everywhere in the country. As Scotland celebrates this victory, one could only imagine what it’s like in a developing country such as Sierra Leone's Kono District for example, where pregnancy complication, mortality rates and other women’s health issues are one of the highest in the world.

Hopefully Scotland’s new bill will act as a blueprint for the world as women’s healthcare improves. This is a huge step in history as women watch from all over the world, hoping that their country follows Scotland’s footsteps sooner than later. 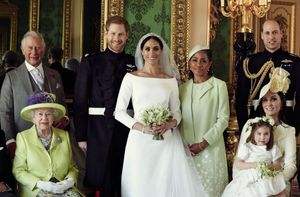