Erin O’Toole’s leadership is failing the Conservative Party of Canada. The party under his reign has routinely had failures of communication leading them to look out of touch and incompetent. We’ve seen examples of this ranging from Derek Sloan’s vaccine petition and members of O’Toole’s party actively supporting foreign leaders to O’Toole himself making some puzzling remarks on residential schools.

No Control In House

Sloan has regularly caused issues that raise questions about O’Toole’s leadership, but none as grave as what happened late last year. Derek Sloan, one of the more socially conservative members of the party, sponsored a petition questioning the safety of the COVID-19 vaccine. In response O’Toole went on to blame the Trudeau government: “You wonder why Canadians are worried? It’s the secrecy and incompetence of the Trudeau government.” In this quote, we see Erin O’Toole trying to pin his failure to control his party onto the government.

O’Toole’s inability to exert power and shape the narrative around his party members was then displayed again with the mini-scandal surrounding a Manitoba MP. Candice Bergen was photographed wearing fan apparel of a foreign leader: a ‘Make America Great Again’ hat. This instance has raised the issue of dual loyalties in addition to a questioning of the MP’s patriotism. In response, the party has communicated no message whatsoever, not even addressing the situation.

It’s not just the statements and actions made by other party members that have made O’Toole’s leadership questionable, but also comments that he has made. When speaking to a group of Ryerson University students he made some puzzling remarks about residential schools which he later acknowledged: "In my comments to Ryerson students, I said that the residential school system was intended to try and 'provide education.' It was not. The system was intended to remove children from the influence of their homes, families, traditions, and cultures." At best his original comments looked tone-deaf and unnecessary. Mistakes like this, where even though he has apologized, shows a weakness of communication.

O’Toole has shown a failure to control his party members and the narrative around them while also making questionable remarks himself. Because of this O’Toole has shown a weakness in communication and leadership as the head of the Conservative Party. To get back onto the right track, O’Toole should look to centralize power and messaging within the party. This could help avoid future instances such as these. 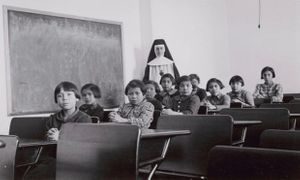 An Introduction to Canadian Residential Schools 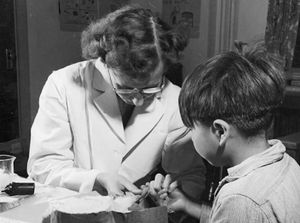 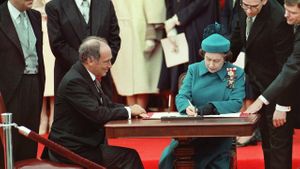