Virginia Woolf, Simone de Beauvoir, Adrienne Rich, and Elaine Showalter have been associated with feminism for as long as one can remember. They have been spokeswomen set about the task of theorizing the needs of women in a society where their inner feelings should be articulated loud and bold. Indian epics and Puranas, with their plurality of narrative strategies and multiplicity of interpretations, touch upon all possible aspects of human life helping us to raise — and comprehend — some of the basic questions that govern family and public life. Kalidasa's Shakuntala and Ilango Adigal's Kannagi are supreme instances of women who, though brought up and nurtured in a domestic set up of patriarchal exclusion and total surrender and subservience to authority, fight for their moral rights, putting the kings to shame. Draupadi deconstructed the notions of chastity and Sati; Sita, of power and motherhood; Kali, of violence; Puru's young wife, of sexuality; the bhakta women, of marriage and prayer.

But overtime this notion seems to have changed and has been defined by the elitist forces of power who are running India. The RSS chief made his views clear when he declared that the secret of a happy marriage was for men to go out and work and for women to stay at home and look after the family. The real victims of the attempt by BJP chief ministers to give legal weight to the insane idea of ‘love jihad’ are Indian women. All Indian women of every caste and creed technically have the fundamental right to choose who they marry. But for decades after India became a modern republic, this basic right was denied to young girls by parents of a primitive mindset. In cases of love jihad or inter-faith marriages, there is a certain infantilization of women to exhibit them as ‘innocent’, ‘young’, and incapable of rational decision-making. The concept of the couple’s consensual relationship is foreshadowed by reducing the women’s decisions to influenced or swayed results of her ostensible infatuation. Unfortunately, the so-called feminists are mysteriously silent about this. The cliché about women being each other’s worst enemies is caricaturish but true in India. A little girl is schooled on how to be “a good girl” aka someone who does not question tradition, slips into her preassigned gender role with ease, and stays away from those who do not do the same. Having said so, no one is stopping any inter-faith marriages provided it does not lead to religious conversion. There is the special marriage Act and one need not convert to the religion of the partners, but the ignorance of feminists on raising voices on wrong issues and cuddling silence for the right ones is a serious matter.

Naturally, many of these girls grow up into proud anti-feminists who mock feminism and shun those who live by it. While some women do this because of plain ignorance, some even do it to appear more likable and desirable to current or potential male partners. And then some do it because they are privileged enough to not have faced serious oppression, at least that’s what they think since a lot of us aren’t aware of the many forms of gender discrimination. Some may even want equality yet settle for less due to unconscious bias and internalized misogyny. In the seventies, when Pakistanis first started coming to India to play cricket and talk of peace, the women were truly dazzled by the freedom Indian women enjoyed. They were fascinated that Indian women could work in jobs that in their country only men did and delighted that they could dress the way they wanted and live life on their terms. Pakistani men thought this was a bad thing and blamed it on evil western influence, although some of them had studied in the West. These pseudo feminists have more in common to these men who want to typecast women.

Over 70 years of liberal democracy doesn’t seem to have changed that. In many ways, we seem to be moving backward in time. Women are being stripped of their right to choose and being constantly infantilized. What’s worse, today it is not merely the right-wing forces who are at the forefront of this conservative backlash but state institutions like the police and judiciary. The unfortunate result of which is the creation of an illiberal, authoritarian state, and an intolerant society. No matter what their reason, the evasive silence of the women who distorted me too movement by imitating the West are doing it again. The privileged Indian women or the pseudo feminists hardly made a difference to women who are truly voiceless.

What India needs today is outspoken feminists like Savitribai Phule, Kamaladevi Chattopadhyay, and Ishmat Chugtai who were the flag bearers of women’s rights at a time when the notion of womanhood, equal rights, and liberty wasn’t conceived of et al. The reformists broke down patriarchy then and we need to envision life beyond it now as well. 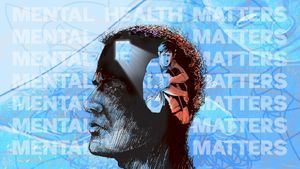 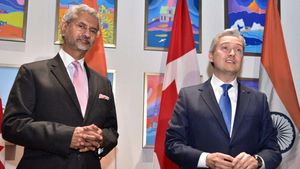 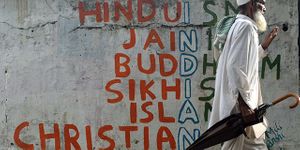