This article is a reflection on the Netflix documentary series “Jeffrey Epstein: Filthy Rich”. This was a disturbing documentary to say the least. It was difficult to watch but it was important nonetheless. The newly released Netflix docuseries exposes the crimes of Jeffrey Epstein, his friends, business partners and most notably, the corruption that pervades the U.S criminal justice system.

Jeffrey Epstein was a businessman, a convicted sex offender and a pedophile. He was notorious for having numerous connections and was friends with people in high places. Epstein was the type of man who made a lot of money, with various degrees of elusivity, and no one could quite pin-point the ways in which he made his income. Epstein started off as a teacher, but after getting to know Harvard Law professor Alan Dershowitz, he was given more opportunities and began working in finance. Dershowitz got him a gig with a company where Epstein really thrived; he had those businessman-like traits, he was charming, approachable and confident, but he was also nothing short of a sociopath.

In the mid 1990’s it was first reported by a young woman that she was sexually assaulted by Epstein, but this claim went unnoticed by the FBI only later to find out that Epstein was a major donor to organizations such as the FBI and had the resources to blackmail anyone who tried him.

For the next two decades Jeffrey Epstein and his then girlfriend Ghislaine Maxwell (who has somehow managed to divert the controversy despite clearly having been a co-conspirator) recruited underage girls and young women to repeat the same narrative; getting paid $200 to give a guy a massage, but they never knew what they were really getting themselves into. Epstein and Maxwell had underage girls recruiting other underage girls, and this web grew deeper and deeper till hundreds of young girls were sexually assaulted, sexually abused, and then silenced. He even went as far as purchasing two girls temporarily from their parents in France. Eventually it reached a point when this was not enough for him; Epstein began to traffic girls to Prince Andrew, Donald Trump, Bill Clinton, Alan Dershowitz, Harvey Weinstein (who has finally been convicted of rape and sentenced to 23 years with an appeal for a $2 million bail currently pending) and allegedly actors and comedians such Kevin Spacey and Chris Tucker, just to name a few.

It is known that people like Prince Andrew, Trump, Clinton, and Dershowitz have allegations of sexual misconduct against them but the justice system simply is not capable of prosecuting powerful figures in a timely manner despite the evidence and the numerous witnesses and victims that come forward in their bravery to speak of their experience hoping to see some kind of justice.

So how is it that so many people can avoid being prosecuted for their crimes? It’s simple; their money and connections protect them. In the case of Jeffrey Epstein, he was granted bail after being convicted as a sex offender the first time on a plea deal with former Labor Secretary Alexander Acosta, which he served only 13 of the 18 months sentenced including work release. The second time he was convicted he was sentenced to 45 years in jail and posted $500 million for bail but it was denied. Though he was eventually convicted, he managed to avoid any controversy for many years because he could purchase the silence of others; a donation, a good word, a full scholarship, a trip to any country, a vacation to his privately owned island in the Virgin Islands (also known as “pedophile island”), there was nothing his money could not buy, except, eventually, his life.

In 2019, Epstein allegedly committed suicide in the New York Metropolitan Correctional Center, however there are many conspiracies surrounding his death, no one really knows how he died. Even in death, he once again managed to evade consequence which brought the victims no justice.

The forces that protected Epstein also protected, and continue to protect Prince Andrew, Trump, Clinton and everyone else with whom he associated. When will Prince Andrew be convicted of his crimes of sexual abuse? Why has Donald Trump been pardoned? These men are untouchable as a result of status. Remove any notion of status, financial gain, or personal connections to see that any human who commits a crime is subject to serving the consequence of their actions. In this world, money can bury one’s problems, hide one’s crimes, buy friends and silence victims. It seems the world has remained tacet on this issue for a long time. There are people who either don’t know or outright deny that the current American President is a criminal; and that says it all. 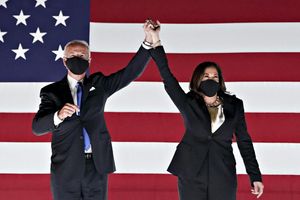 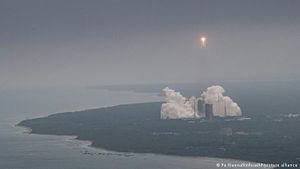 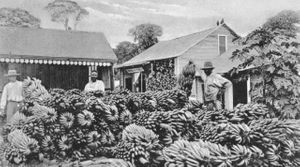 THE MARTYRDOM OF SARAH EVERARD: When will women feel safe walking home?

If you’ve opened your Twitter or Instagram feed over the past couple of days, chances are you’ve likely seen the name Sara Everard. Two weeks ago, on Wednesday March 3rd, the young thirty-three year-old woman suddenly went missing whilst walking home from a friend’s house.