For the first time, researchers are discovering microplastics in the placenta of women from Rome and the UK. Women who have been reported as healthy and living with proper air quality, have yet procreated sacks of placenta with microplastics.

The placenta is meant to provide a fetus with nutrients and oxygen, but with these babies, the placenta has acted as a receiver for inorganic matter, where microplastics are imposing their visit in the child’s brain and body. Babies of what are now composed of both organic and synthetic matter are being labelled as cyborg babies and could be the future of humanity as mass production of plastic advances.

While the potential risks for the baby’s health are undetermined, the possibility of damaged metabolism, immune and neurological systems are a few of the possibilities posing a threat. Studies are now being made to examine the level of human exposure to microplastics in relation to being to cancer, consequences in pregnancy results and fetuses and ultimately the deterioration in the child’s development.

Both of the women’s placenta contaminated with plastic revealed dozens of microplastics, in the fetal side as well as maternal sides and in the membrane within which the fetus develops. Researchers examined only three percent of the placenta, leading them to believe that the amount of plastic left in the baby and the mother is much more than found. Scientists all over the world are now analyzing the cases to better understand how microplastics entered the bloodstream of the women.

Not only is the plastic itself harmful, but the inorganic matter is non-degradable and remarkably durable, making it a competent carrier of chemicals, bacteria, and viruses. This could cause long-term damage to our bodies and this child’s development and immune system.

Microplastics are found in cities, agricultural areas, forests, bodies of water and summits. Since the beginning of mass production, there has yet to have been an area untouched of inorganic matter in our air. Researchers are now cautioning the public of the global problems from airborne plastics.

These micro-particles of plastic come in tiny fragments of films, wires and clots. Average areas have now been reported to have 365 microplastic particles in the air/m2, and this number is only going to increase. A study from the WWF International, reported that in 2019, the average human ingested as much plastic as an entire credit card each week. We breathe these particles in daily, perhaps with every inhale we take, but it is unclear are the repercussions that await for our bodies in the future, as well as the damage that will be brought to the now called Cyborg Babies.

The size of Microplastics can range from five millimetres to 100nm wide. Because they are so small, they become likely to pass through plasmalemmasand affect the functioning of cells. Thus explaining the invasion of the baby’s placenta.

These particles are born from products we use daily such as cleaning products, single-use plastics, tires, plastic fibres from clothing and cosmetics. Humans are met with hundreds of plastic items a day, and even if we don’t ingest those particular items, the matter will never be released from the earth, making it present in our air till the day the world ends.

The most dangerous part of plastic is the way it breaks down; in vast amounts of time, making the process appear almost secretive. During the breakdown, the plastic splits exponentially until it appears invisible to the naked eye. This means that plastic is not degradable but simply disperses into billions of tiny particles, ending up in our water systems, food, air and clothes.

Given that it is impossible to clean up nonillions of microplastics in the air, our solution is to reduce mass production of single-use plastic, items containing rubber and cleaning materials. But a solution for a healthier and cleaner future may escape us, given the current situation of the COVID-19 Pandemic.

While these products of Alkyl and Ammonium Chlorides and surgical masks made of polypropylene may keep us safe at the moment, humanity may be on the brink of entering the most dangerous era causing long-lasting effects trickling into evolution, with damage in our metabolisms, reproduction systems and neurological systems making us the weakest humans to ever walk the earth. 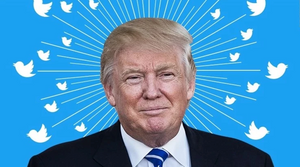