Donald Trump, the notorious Republican President, has kept a strong hold over Republican voter. A poll by Quinnipiac shows that three quarters of Republican voters want Donald Trump to play a significant role in the Republican Party. This strong support is worrying for Democrats; however, it is also unusual. Donald Trump’s tenure surely achieved some achievements, however, his last year in office was tainted by his administration’s failure to effectively combat and handle the COVID-19 pandemic, increased racial tensions and two impeachment trials. Despite these stains on his reputation, Trump has managed to hold his power and influence over Republican voters, which is unlike any president that experienced only one term and low approval ratings from the general populous. What is “Trumpism”, and is it here to stay?

The term, “Trumpism”, can be described as a political doctrine and movement associated with the political style and methods of Donald Trump. In 2016, Trump changed the Republican Party, despite the election of Barack Obama and multiple changes in the social atmosphere within the United States, Trumps’ strong populism was able to lead him to becoming the 45th President of the United States.

Trump’s brand of politics became a caricature of strength, explicitly deviating from political decorum, pushing politically incorrect rhetoric and providing supporters with a politician that disengaged from acting like a politician. Trump actively pursued the image of a “anti-politician”, he used rhetoric to fuel this image, promising to “drain the swamp” and to conduct politician business, like a businessman. Trump easily cultivated this image of a strong and tough candidate, who insulted those that opposed him and challenged anyone who stood in his way. His opposition to the status-quo charmed many American and lead him all the way to Washington.

There is no doubt that Trump’s style of politics has changed the political climate of the United States, many Republican politicians have begun to emulate Trump’s tactics, including Governor of Florida Ron DeSantis and even former political rival, Senator Ted Cruz. Many Republican voters resonate with Trump’s strong and fearless persona, resulting in the “Trumpism” movement. Some would argue that only Reagan’s administration was able to cultivate similar motivation from Republican voters. “MAKE AMERICA GREAT AGAIN”, has become the staple of the GOP, and while some Republican politicians are trying to separate Trump’s image from the party, the voters are almost unanimous in their support for former President Trump.

Trumpism, is very well here to stay, the movement that focuses on serving “AmericaFIRST” and pushes the rhetoric of a strong and tough United States, will not lose traction anytime soon. Many Republicans have been charmed by Trump, they are in complete opposition of conforming to the politically correct sentiments of the Left; Trump’s extreme rhetoric was symbolism of non-conformity, which attributed well with his platform. The bureaucratic processes of Washington have ushered in a movement that seeks to “get things done”, a promise carried out by the perfect vessel for this movement, Donald Trump. 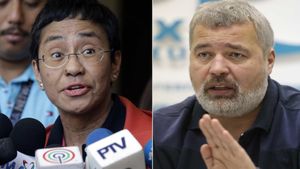 Who Are The 2021 Nobel Peace Prize Winners? 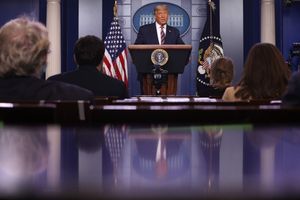 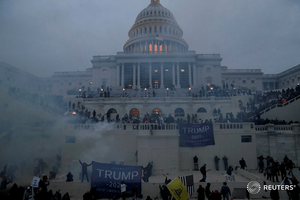